AQUACULTURE IN UGANDA: TOWARDS A NEW AQUAPARK MODEL IN AFRICA

The Technical Assistance to the EU funded PESCA project in Uganda, “Promoting Commercial Aquaculture in Uganda”, is currently being implemented by AGT S.p.A in consortium with the Maltese company AquaBioTech, with the support of international and national experts.  The project started at the end of 2017 and is expected to end by the end of 2021.

The purpose of the project is to improve food and nutrition security, increase income and improve livelihoods, promote an environmentally sustainable, inclusive and climate-resilient socioeconomic development; focusing on a market-oriented aquaculture value chain targeting the national and regional markets, and focusing on smallholders and smallholders associations.

Currently the project activities are focused on the design and building of two AquaParks in Uganda: one cage based and one land based, in the Lake Victoria basin. In Kalangala, only the tilapia fish, probably the most consumed fish in the world, is grown, with the aim of ensuring the achievement of a national biosecurity system for aquaculture in Uganda.

The two AquaParks are aimed at becoming the first in Africa with the scope of attracting large aquaculture operators as investors, who in turn, through the support of the Uganda Government, will work with smallholder out-grower aquaculture farmers in a commercially synergistic partnership.  The core aquapark infrastructure is being put in place for 2,000 tonnes annual production by the EU funded PESCA Project, with the potential for expansion to 20,000 tonnes annual production.

The large operators will financially and operationally run the AquaParks, providing services such as aquaculture feed bulk purchasing for the smallholder out-growers, and extension training support. They will also buy aquaculture fish from the out-grower farmers at mutually agreed rates.  Through this model, the plan is to facilitate smallholder aquaculture farmers to become commercial and expand their operations.

With success, more of these AquaParks will be established within Uganda, aimed at promoting commercial development of smallholder aquaculture out-grower farmers by linking them to large operators, resulting in expansion of the Uganda aquaculture sector as a whole.  Potentially, the fish from the two Aquaparks could supply both the Ugandan market and international markets, which will likely initially be those of neighboring countries, from Kenya to the Democratic Republic of Congo. 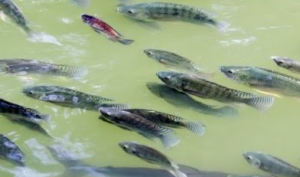 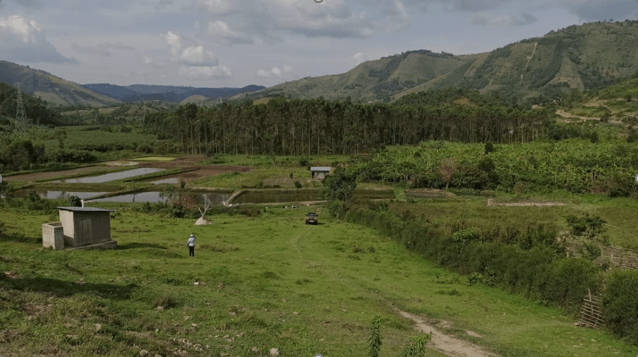